…and as Bowie said, my brain hurts a lot.

Today was my last meeting as a member of the BBC Trust Audience Council England (ACE). It’s been a fascinating 5 years. I’m not sure if I’ve seen more change in my life or in the BBC in that time. From a personal perspective I’ve moved house, changed job and had two children. The BBC has been through DQF, reviews of most of its services, had three DGs and the Trust has had three chairs. To say it’s been hectic would be an understatement. 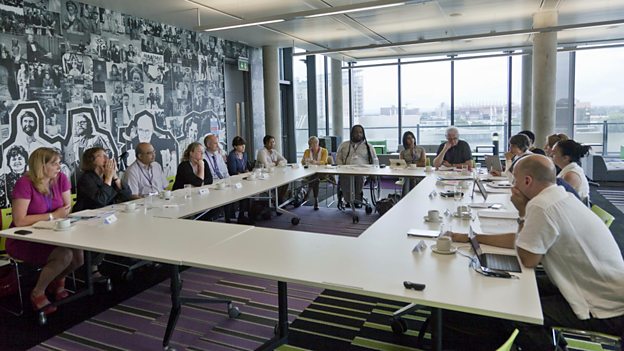 So, have all the meetings, documents to digest and travelling been worth it?

Yes. For a number of reasons and I’ll summarise some of them here:

Of course there have been some real lows too, and sometimes it seemed like both the Trust and the BBC were intent on self-destruction in a very public way, much to the delight of the rest of the media world. There are also major challenges ahead, both in terms of the governance facing questioning both internally and externally and the future of the license fee, who knows what the future holds for the BBC?

My opinion that it must survive in some way, shape or form is not born out of sentimentalism or a misplaced nostalgia. The BBC still makes an enormous difference to the world: by fostering new talent and giving it space to breath; by making programmes that nobody else would; by serving communities that no commercial organisation would serve; by innovating and changing the way we consume its products. Of course it’s not perfect, and to continue to be relevant it needs to change at an even faster pace than it has to date. But it’s ours and it’s the envy of the rest of the world.

Contributing a tiny bit to this has been a privalage, and balancing this work with the day job and all the other life changes has been a struggle at times. But all in all it’s been a great five years, even if I do agree with Bowie: my head does hurt a lot!

Are you interested in becoming a member of one of the Audience Council England’s Regional Panels? Apply via:bbc.in/1IiTmKj

* Yes, I know you can do a set tour now, but you couldn’t then and it seemed more special because of that.